Interested in being a vendor, speaker, podcaster, or sponsor?
Please e-mail info@pnwtruecrimefest.com to receive the application.

Our list of vendors, speakers, workshop presenters, and live podcasters will be updated weekly. 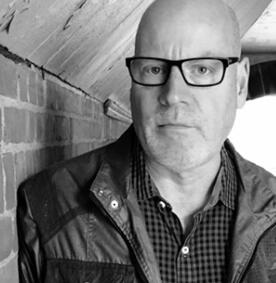 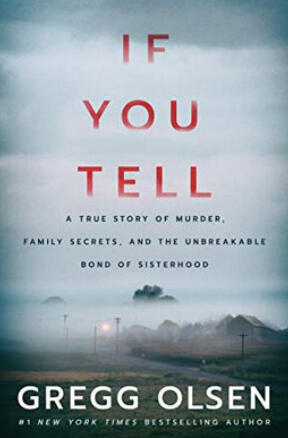 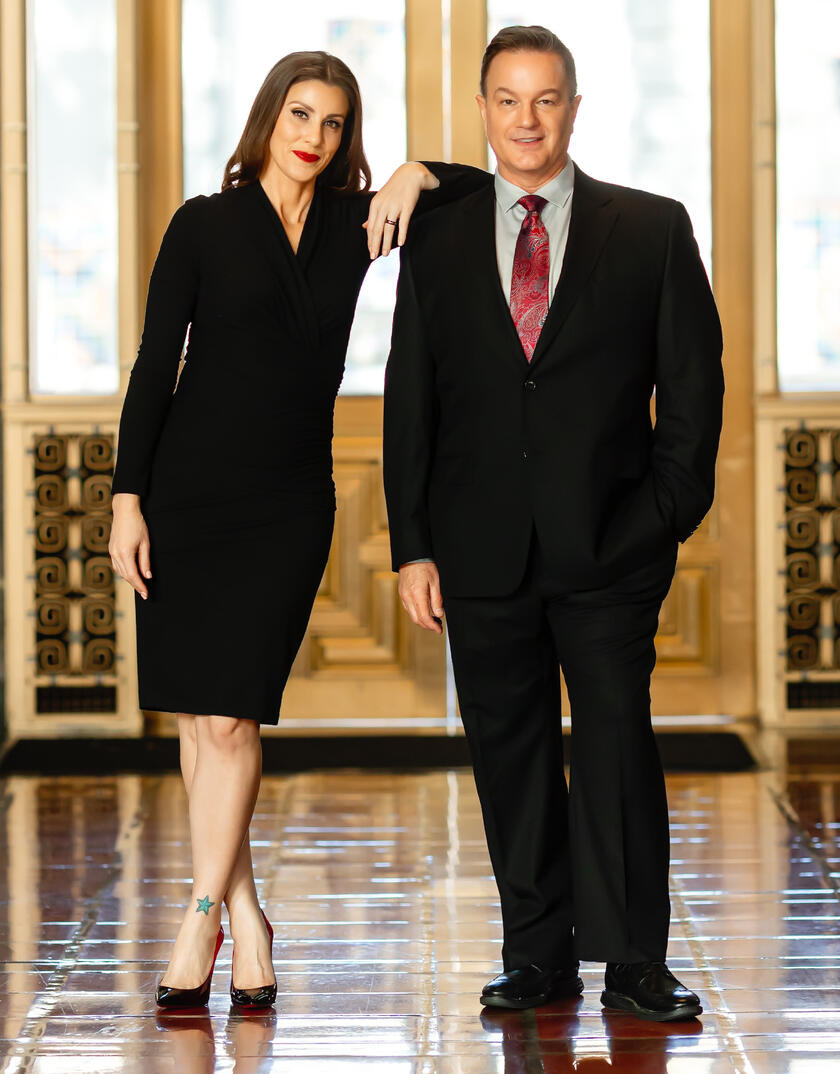 LA Not So Confidential

Case Studies in Loneliness, Rage, and Risk: Discerning Threat in the Age of the Incel 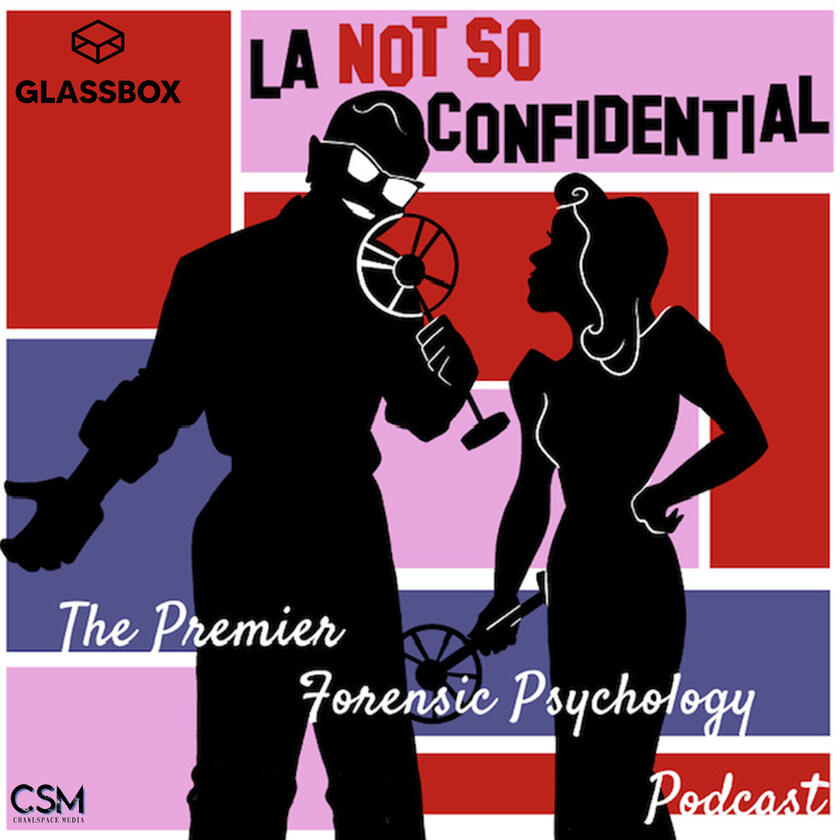 Dr. Shiloh is a California licensed Psychologist. She is currently a law enforcement psychologist in Los Angeles where she provides clinical services, organizational consultation & training, and is part of the crisis negotiation team.Dr. Shiloh also specializes in Forensic Psychology in her private practice, where she provides clinical services and assessments for individuals facing the criminal justice system. She has spent 14 years working with high-risk sexual offenders, along side probation and parole. She has presented on the topics of sex offender management, risk and treatment nationally and internationally.Dr. Shiloh was formerly “Officer Shiloh” when she was a police officer for a small department in the greater Los Angeles area. She was a patrol officer, a background investigator, and the terrorism liaison officer.Aside from true crime, she is into all things Japanese-pop culture, coffee, Disney and loves the desert.

Dr. Scott is licensed in the state of California as both a Clinical Psychologist and a Marriage and Family Therapist and works in a forensic capacity with law enforcement in Los Angeles.Dr. Scott has worked as a Law Enforcement Psychologist, a Clinical Psychologist at the Los Angeles County Jail and in the California Department of Corrections. Dr. Scott has specialized education in family forensics, specialized populations, crisis intervention training, family therapy, anxiety disorders and identity development. He provides psycho-education to law enforcement officers and mental health clinicians as part of the Los Angeles Police Department’s Mental Health Intervention Training.He previously worked in various aspects of the entertainment industry including casting and production. Dr. Scott holds a Doctoral Degree in Clinical Psychology from Antioch University Santa Barbara, a Masters’ Degree in Clinical Psychology from Antioch University Los Angeles and a dual major BA from Birmingham – Southern College. 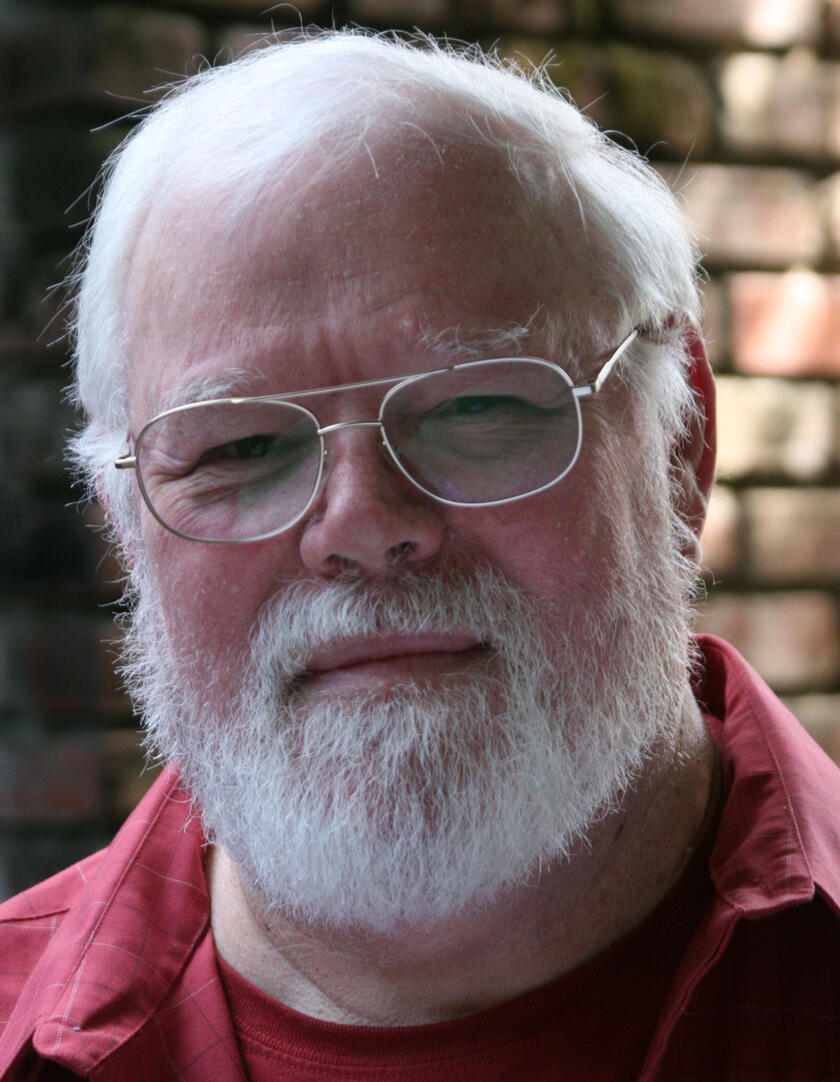 Steve Hodel is a New York Times bestselling author. He spent twenty-four years with the LAPD, where, as a Hollywood Division homicide detective, he worked on more than three hundred murder cases and achieved one of the highest “solve rates” on the force. He is a licensed PI and author and his first book, Black Dahlia Avenger: A Genius for Murder was a New York Times bestseller and was nominated for an MWA Edgar Award in the Best Fact category. Steve has written four additional books: Most Evil, a Los Angeles Times bestseller, Black Dahlia Avenger II, a sequel and an eight-year follow-up to his true-crime investigations and the recently published Most Evil II (Rare Bird Books, 2015). 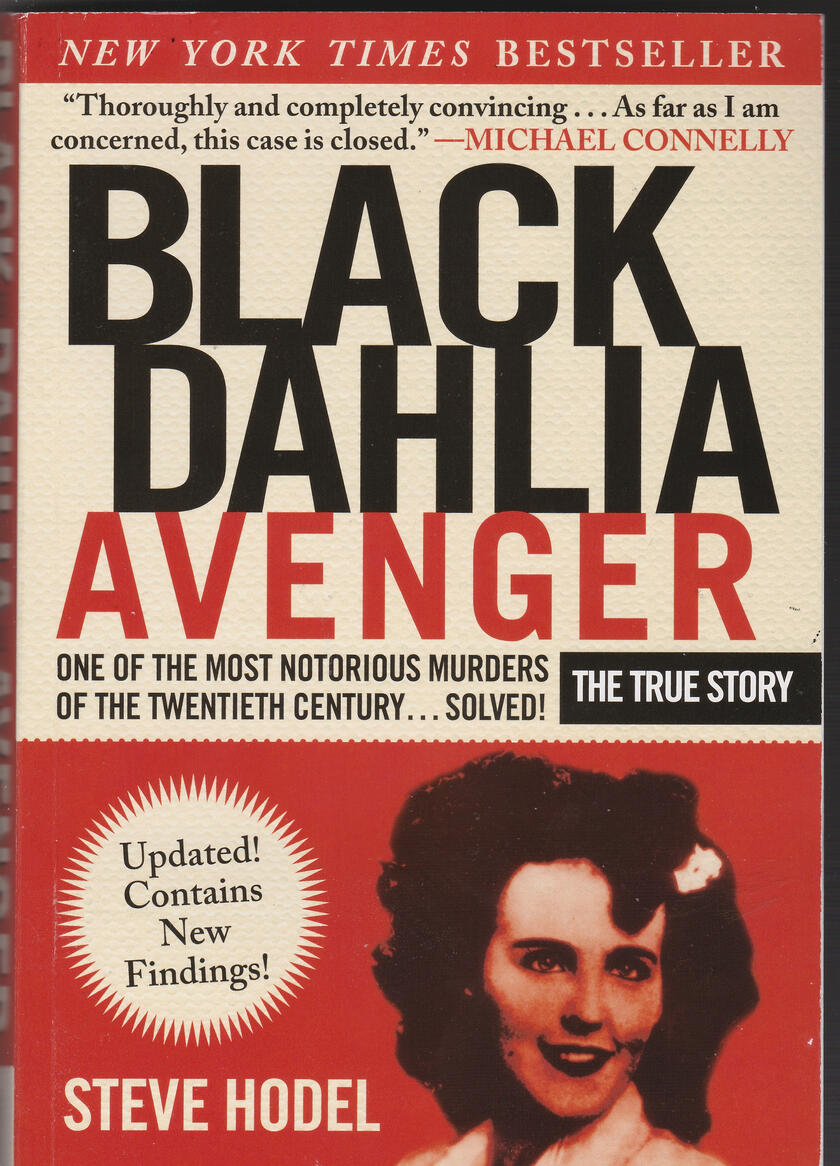 A fifth book, Black Dahlia Avenger III: Murder as a Fine Art, published in November 2018. His investigations, spanning two decades have been featured on NBC Dateline, CBS 48 Hours, Court TV, A&E Bill Kurtis, Cold Case Files, CNN Anderson Cooper, and the Discovery Channel. Steve’s most recently appeared in March 2019 on the Today Show and Dr. Phil and Dr. Oz, where he with other family members discussed the making of the hit podcast, Root of Evil: The True Story of the Hodel Family and the Black Dahlia Murder. 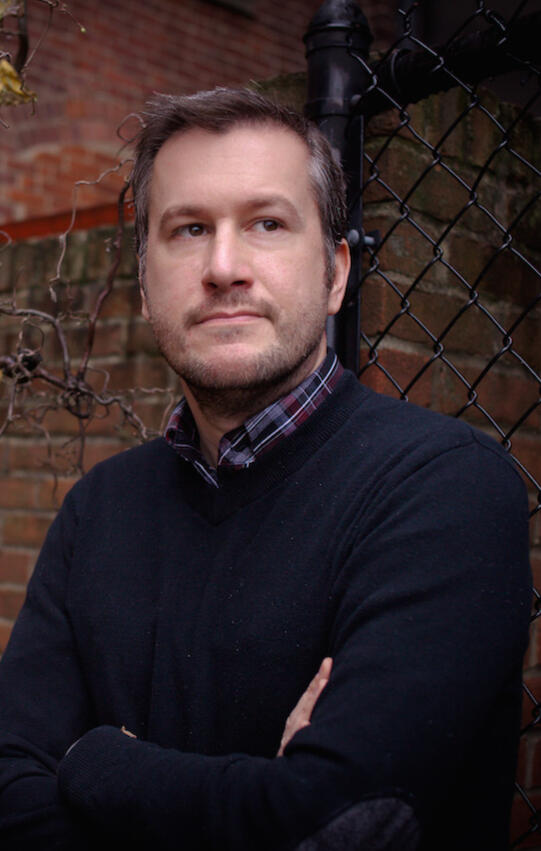 James Renner is an award-winning investigative journalist, whose work has appeared in Best American Crime Reporting anthologies as well as a CNN profile. He is the author of several books, including True Crime Addict and The Serial Killer's Apprentice. He was also the host for Lake Erie's Coldest Cases for ID Discovery.As an expert in the field, Renner is a frequent guest of true crime podcasts like Jensen & Holes and True Crime Garage. He has been interviewed by Jon Ronson and Amanda Knox. In 2019, he toured America with his "Confessions of a True Crime Addict" stage show, a blend of stand-up and storytelling. 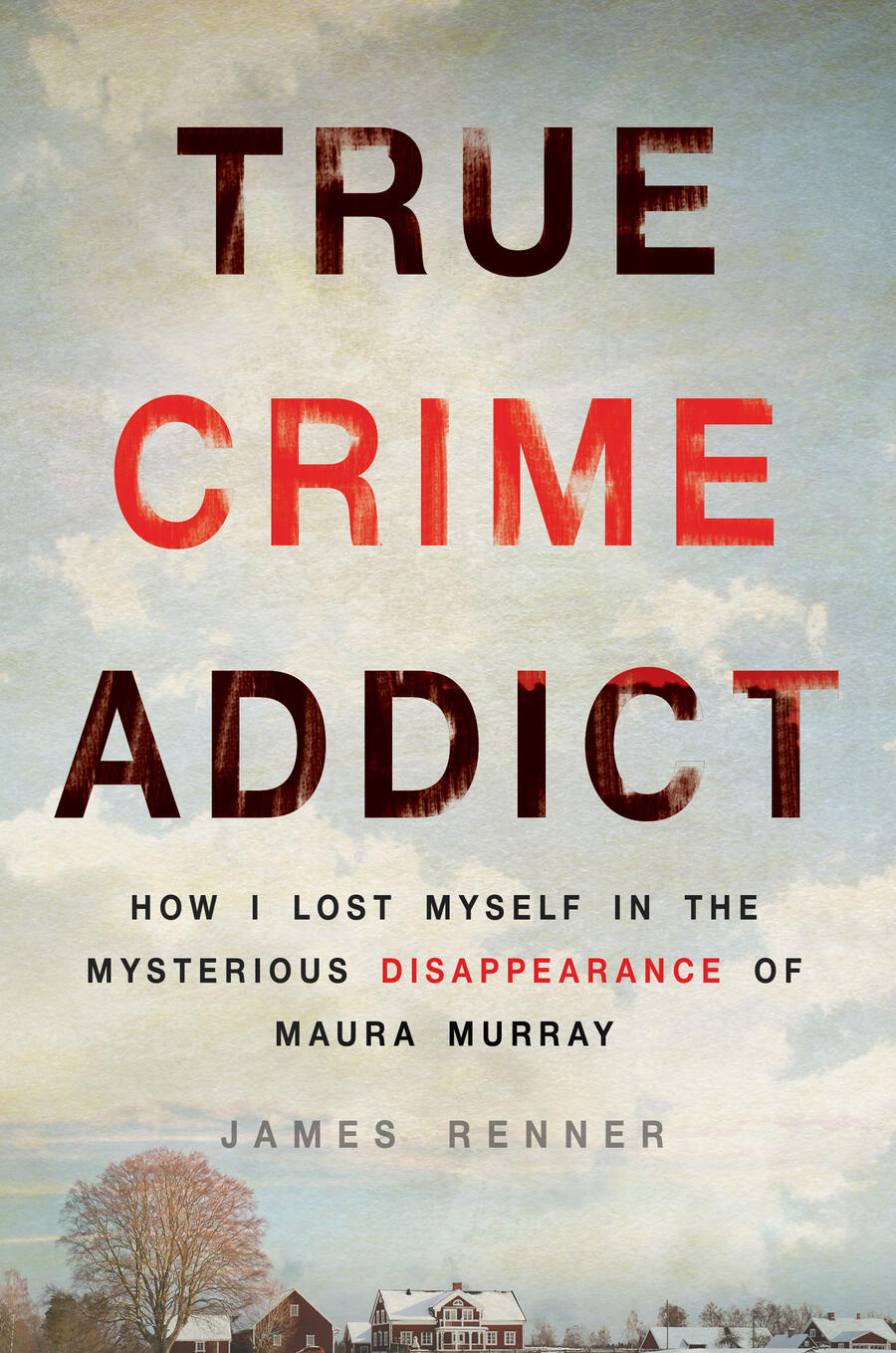 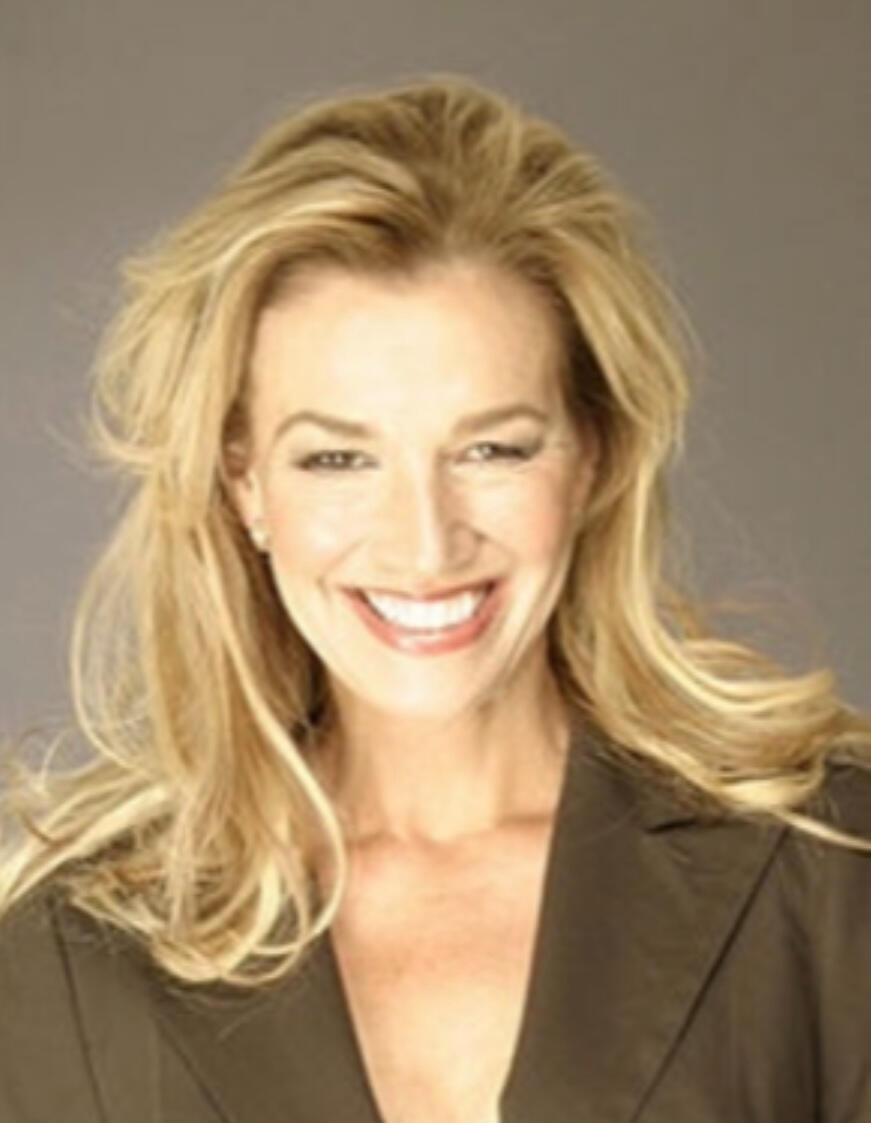 Anne Bremner, JD, is a trial attorney and one of the nation’s most recognized legal analysts. Her decades-long practice emphasizes civil rights, catastrophic loss, defense, and criminal law. In her thirty-five years as an attorney, she has been lead counsel for numerous highly publicized court cases.As a contributing broadcast legal analyst, Bremner appears regularly on national networks including CNN, Fox, CBS, NBC, MSNBC, the BBC, Court TV, and others. She has been voted one of the best lawyers in Seattle and one of Seattle’s Top 25 most influential people. She is a Stanford graduate and has a perfect AVVO rating as an attorney. She lives in Seattle, Washington. 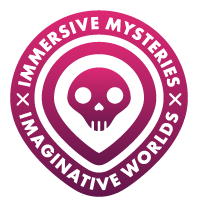 Foulplay Games is a women-owned murder mystery games and events company based in Seattle, WA. We help geeks throw great parties through immersive murder mystery games. Our games play with history and pop culture to create immersive worlds to transform your game night all while you strategize and scheme with your friends and family to figure out whodunnit. Host your own game online or in-person with all our games available for instant download. We started the story, the rest is up to you. 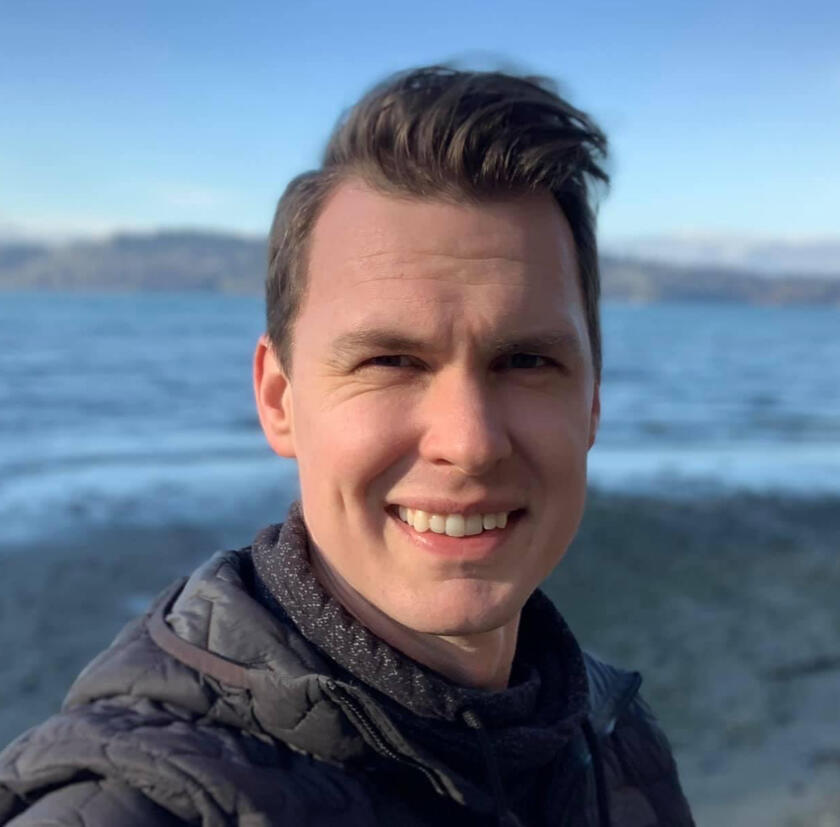 Chris Staudinger, owner/operator of Pretty Gritty Tours was an investigative travel journalist for over ten years before he came back to the Puget Sound region and launched a tour company back in 2016. He has developed a series of local and historically oriented walking tours and a massive catalogue of virtual programs that allow anyone to get to know this incredible part of the world. 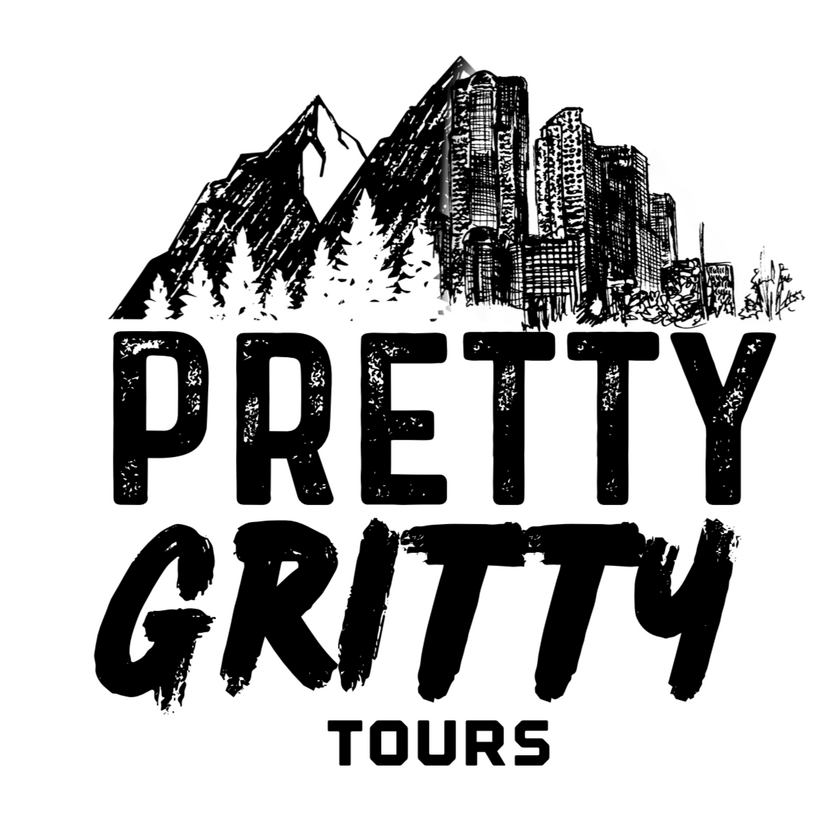 Pretty Gritty Tours was founded in 2016 by a collection of guides, artists, and historians who feel that the South Sound is one of the most beautiful and underrepresented parts of the world. Since then they have been digging deep into the stories, the businesses, and the buildings that make this such an incredible place to visit and sharing those treasures with all of you. 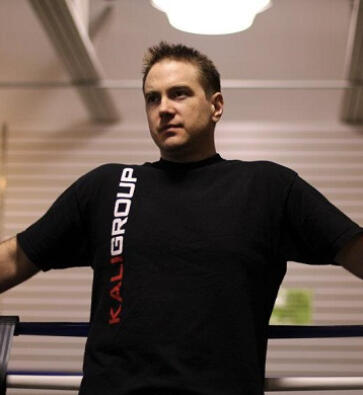 Intro to Self Defense

MKG Seattle’s Women's Self Defense Program strives to develop the ability for women and girls to gain the knowledge and skills necessary to A) Keep themselves out of harm’s way and B) Defend themselves during a violent encounter.The primary focus of the workshop is to develop a woman’s ability to detect potential danger and avoid it. The secondary focus is embedding the physical skills needed to survive a physical attack.The MKG method employs techniques that are easy to perform under stress, are not pain or repetition based and have a proven track record. 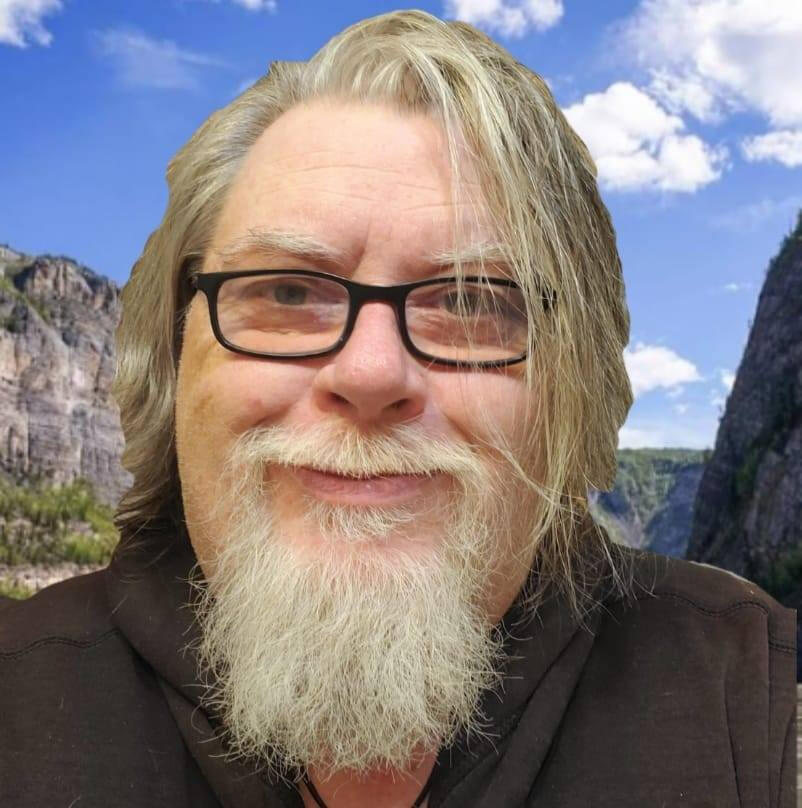 Spirited Away: The Missing and Murdered Indigenous of North America

Steve Stockton is a veteran outdoorsman, author and has been researching the unexplained for over 35 years. Originally from the mountains of East Tennessee, Steve has traveled all over the country and many parts of the world and now makes his home in Portland, Oregon, near the wilds and "bigfoot country" of the Pacific Northwest.
His published books include Strange Things in the Woods & More Strange Things in the Woods (collections of true, paranormal encounters) as well as the autobiographical My Strange World, where he talks about his own experiences dating back to childhood. Steve is currently at work on a book of ghost stories and a book about myths and legends of the Southern Appalachians, both expected to be available this year. 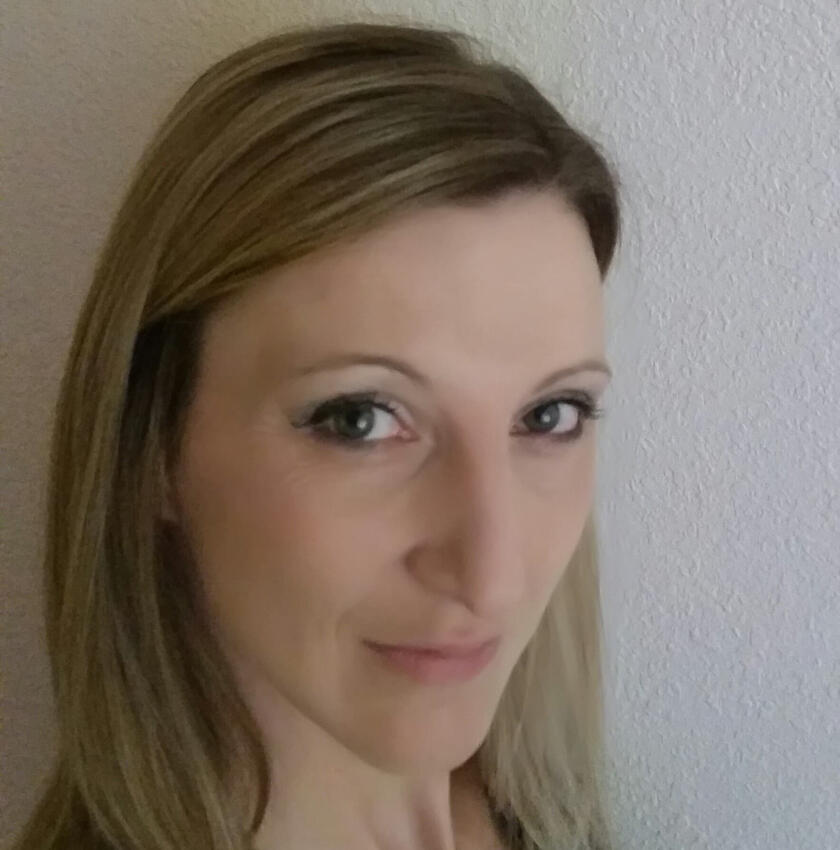 Sandy Elizabeth Lynnette Lewis is a native of Asheville, North Carolina and now resides in the
Northwest New Mexico with her husband Robert and several rescue animals. She is a Fort
Lewis Alum with a minor in English Literature and has worked in the healthcare industry for over
20 years as a nurse, fire fighter, and EMS responder.
Living near the Navajo Nation Reservation, she became interested in the numerous accounts of
missing and murdered Indigenous people and wanted to share their stories. 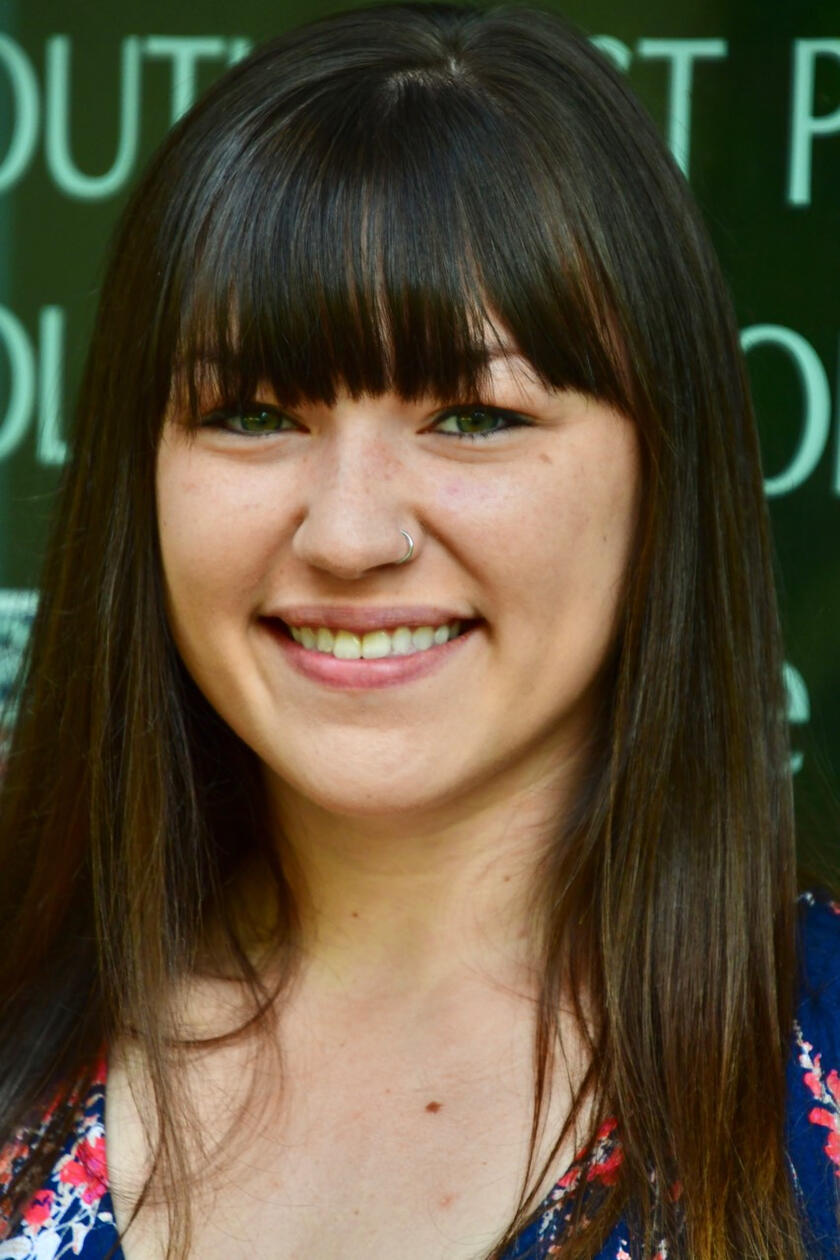 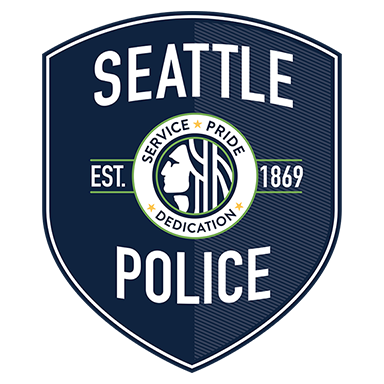 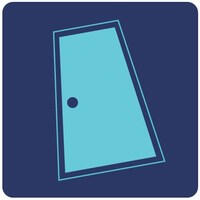 Awareness is crucial for unsolved cases. Our platform helps keep cold cases in the spotlight, so we can help bring justice to those victims and their families.CrimeDoor offers a portal for those seeking a fresh perspective of cases worldwide, striving to bring awareness back into focus on what matters most: compassion for real victims' stories, underpinned with reliable and up-to-date information.

We're working to give you the tools, stories and technology that will help shine a spotlight on victims and their stories. Our library is built with an all-inclusive goal: providing trustworthy resources for our community of advocates and experts alike.With a desire to educate and preserve cases that may otherwise be forgotten about, CrimeDoor invites you on an immersive journey through each victims' profile.

We will send you e-mail updates!

Will there be parking on-site?
Yes, there is free and plentiful parking on-site for all attendees. We recommend parking in P12, P13, or P15 to be close to check-in. You can also park in P1 or P2. The venue is also accessible by King County Metro.Will there be food on-site?
Yes, the campus cafeteria will be open from 11AM - 1PM if attendees wish to purchase lunch. There are also several restaurants less than a mile away from the campus.Where can I find the event map?
The event map will be emailed to registered attendees two days before the conference starts and will also given to all attendees on-site at check-in.Will I be able to register on-site?
Yes, but we recommend purchasing ahead of time to avoid any wait time.Is there a minimum age requirement for this event?
There is no minimum age requirement for this event, though some of the subject matter may not be appropriate for children under the age of 13.Am I allowed to bring my backpack?
No large bags, backpacks, or duffel bags are allowed on-site. Small purses/fanny packs are fine.Can I transfer my tickets to a different day?
Yes! Please e-mail info@pnwtruecrimefest.com and we will assist you with this within 48 hours.Where and how do I check in?
Check-in will be at the entrance of the Student Union. Please have your Eventbrite barcode (either through the app, e-mail, or a printed ticket) available so we can scan it to give you your wristband.What if I have questions during the event?
We will have an information booth running throughout the course of the event at the entrance of the vendor hall with staff ready to answer your questions!I have another question - where can I receive an answer?
We're happy to help! Please e-mail info@pnwtruecrimefest and we will get back to you within 48 hours.